Tribute to the ANZACs 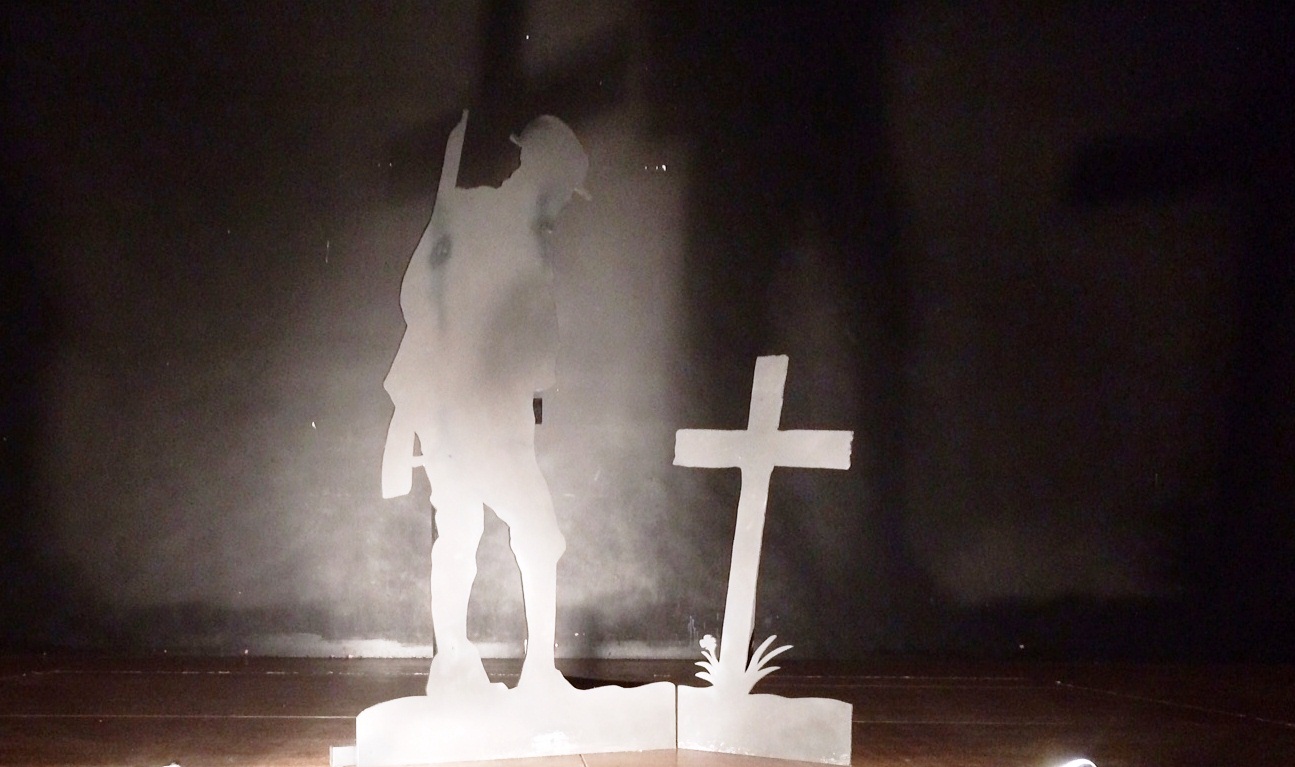 At Kellyville Public School we have many ways of commemorating the centenary of ANZAC. This year marks one hundred years since Australian and New Zealand men were transformed into ANZACs. They went and fought courageously for their country.

At Kellyville Public School, we have a display in our school hall. It is filled with handmade poppies from each student in our school. The Year 6 students went around the school teaching the students how to make the poppy. It also includes artefacts from WW1 and WW2, such as a trench coat, defused bomb, medals and a collection of ANZAC Biscuit tins. A lot of these resources are from Mr James Murray, students and other teachers from Kellyville Public.

The artworks were created by Year 6 students using various media and methods. All year 6 students researched a veteran from WWI and wrote an information report on that person. Students who had relatives from WWI wrote a report on that person and learnt a lot about war. Each student sketched and painted a portrait of the person they were researching. They used watercolour pencils to create the heartfelt portrait. They also created a Jackson Pollock inspired "In the Trenches", an emotional artwork,  using acrylic paints and different instruments such as plastic spoons, marbles, sponges, twine and their fingers. All following the theme what emotions the diggers might have felt. Year 6 students also weaved socks as a reminder of the women who had sons, husbands or fathers in the war, who would weave socks back at home. They also created a chalk artwork inspired by their classmate, Jessica Bailey. They used the blending technique to create a realistic image of Flanders fields where the poppies grow. Year 6 also created scrunched symbol artworks using tissue paper scrunched into balls.

On the 24th April 2015, Kellyville Public School had their annual ANZAC service. The school captains ran the assembly alongside Mrs Walker, Mr Murray, Mrs Boatswain and Mrs Browning.  Year 6, the school captains, Mrs Walker, Mrs Hocking and Mr Murray either laid a wreath, a poppy, a scented candle or a book on behalf of the school. The Ode ‘The Fallen' was read as well as ‘We Shall Keep the Faith'. The hall was lit with its beautiful display.

After the ceremony, the SRC representatives, school captains and teachers saw the unveiling of the Remembrance Garden plaque.  It reads "This plaque is to commemorate the Centenary of the Landing upon the Gallipoli Peninsula at ANZAC cove by Australian Forces". The remembrance garden is filled with purple and white Pansies and will bloom with red poppies, forget-me-nots, the Gallipoli rose and Rosemary, surrounded by miniature Australian flags, planted by SRC students. The school's Remembrance Garden is a tribute to the ANZACs.

100 Year centenary of the ANZACs